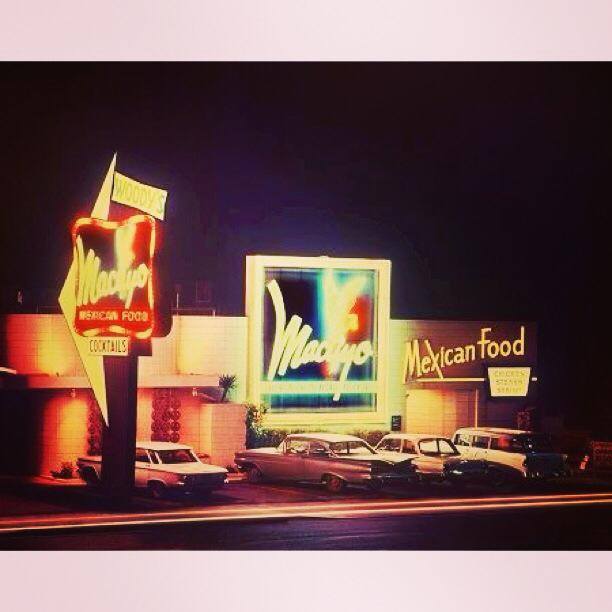 Half way through 2014 already?! Before you know it, 2016 is going to be upon us and we will be celebrating our 70th birthday! Woody and Victoria would be so proud.

As the time passes and we approach another outstanding milestone it makes us think back to the days when this all began and the history the Macayo family has witnessed.
All the way back to 1946 when Woody first opened Woody’s El Nido on 37 W. McDowell. There may have only been six tables in that restaurant but look what it started!

Or how about 1952, when our Central location was opened on 4001 N. Central Avenue. That year Macayo’s was visited by celebrities such as; Liberace, Fleetwood Mac, Bill Cosby, Wilt Chamberlain, Jim Nabors, Alice Cooper and Elvira.

Then there was 1959 when Macayo’s crossed the Arizona and Nevada state lines and opened Macayo’s East Charleston Vegas. Macayo’s West Las Vegas and North Las Vegas then followed and opened in 1974 and 1975 respectively.

One of our biggest accomplishments comes from the year 1972. The chile shortage that caused Woody to find his own source for the product found in so many of his recipes. The farm he opened quickly took off and turned into Fiesta Canning Company, now the 3rd largest chile producer canning 30 million pounds per year.

It is because of our loyal guests that our Macayo family has seen so much success over the years and continues to be a Mexican food tradition across Arizona and Nevada. We would like to say THANK YOU to all of our guests that have dined with us through the years. Looking forward to many, many more!