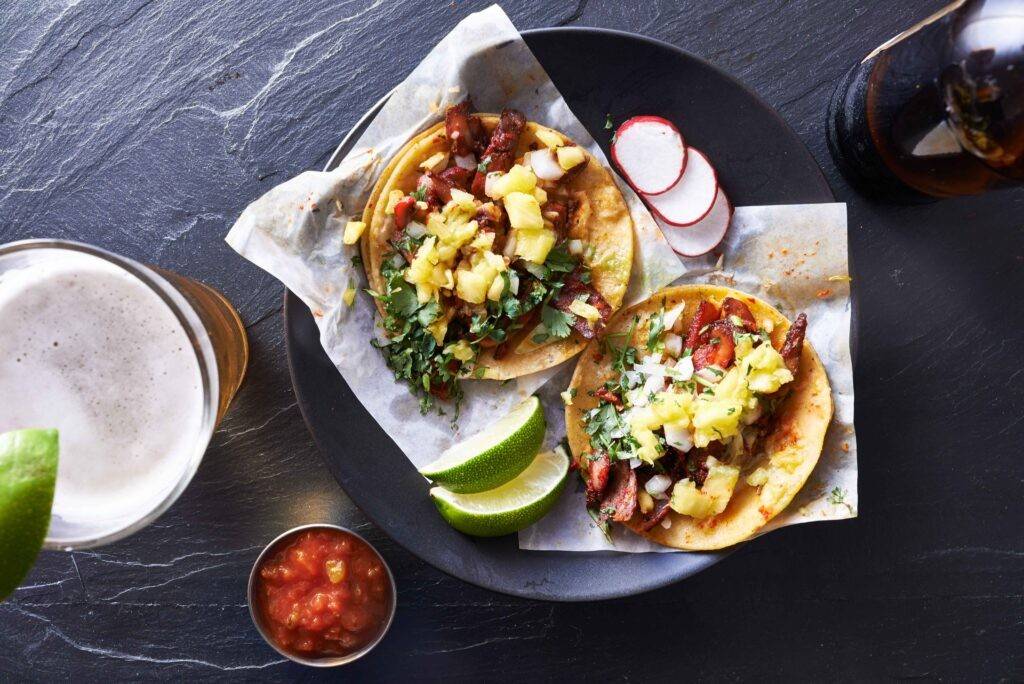 If part of your weekly dinner menu includes a taco night, there’s a good chance that you’ve been serving up the same, basic taco recipe for months (or even years). And while we’ll be the first to say there’s nothing wrong with good, old-fashioned, real Mexican tacos—we also agree that variety is the spice of life. So if you’re feeling a little tired of your traditional taco night, now’s the time to switch things up a bit by trying out some of these fun twists on typical tacos!

Double Up Your Taco Shells

Do you find it difficult to choose between soft taco shells and hard taco shells? Who says you should have to choose? Add an extra layer of crunch and flavor to your next taco night by layering a hard-shell tortilla on top of a soft taco shell. It might not sound like a huge change from what you’re used to, but that extra bit of crunch can make all the difference. Make your taco even crunchier by adding a homemade cabbage slaw, tortilla strips, or some traditional shredded lettuce.

Break out of the shell altogether by making a casserole version of your favorite taco recipe! Start by crushing up some of your favorite tortilla chips and layering them on the bottom of a casserole dish. Then, add a layer of taco meat, sour cream, salsa, guacamole, fresh veggies, and cheese. Top with some fresh chopped green onion, pico de gallo, or anything else that tickles your fancy. Pop in a 350-degree oven for about 20-25 minutes, or until cheese is melted and starting to brown. Enjoy!

Turn Up the Heat

Sometimes, a little bit of spice is all you need. Instead of your traditional mild taco seasoning, why not make your own spicy-hot seasoning in which to cook your taco meat? It’s easier than you think; all you need is a little bit of chili powder, cumin, paprika, and garlic (all of which you probably have in your spice rack already!). When your taco meat is browned, add about a cup of water along with the seasoning, bring to a boil, and then reduce to simmer for about five minutes (or until most of the liquid is gone).

End With a Dessert Taco

Sometimes, the best kind of taco is the type you eat for dessert. There are so many fun dessert taco recipes out there and you can get as creative as you’d like. For something a little lighter and healthier, we recommend a fruity dessert taco. Simply sprinkle a regular flour tortilla with cinnamon sugar and fill with a combination of your favorite freshly chopped fruit, such as strawberry, pineapple, and kiwi. You can even add a little bit of whipped cream before rolling your tortilla up and serving. Yum!

Taco night doesn’t have to be boring! These are just a few ideas for sprucing up your next taco night without having to do much extra work in the process. Now, which one do you want to try first?