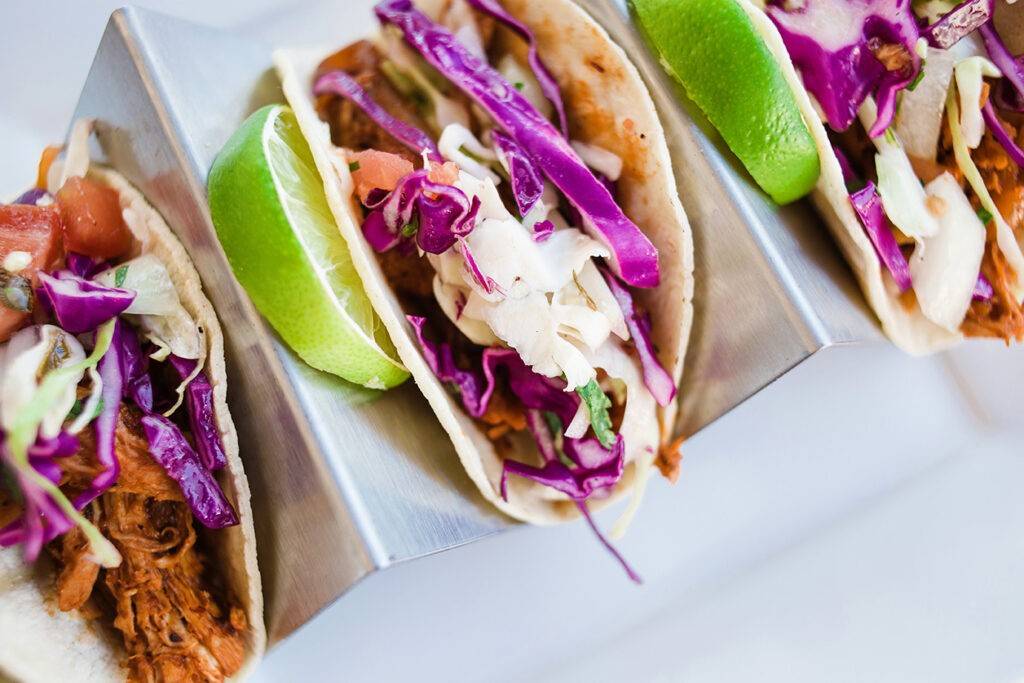 When most people think of Mexican food, they tend to think of tacos—at least in the United States. It’s no secret that the taco is a Mexican food staple here in the states, as evidenced by the estimated 4.5 billion tacos consumed here each year. But have you ever stopped to actually think about the history of the taco: where it came from, how it made its way to the United States, and how it grew to become such a prominent food? The next time you’re enjoying a delicious taco, you’ll be glad you took the time to learn.

The Origins of the Taco

Believe it or not, nobody actually knows for sure who first invented the taco. We do know, however, that the first tacos were served up at some point in the 18th century. The name “taco” actually has quite a colorful history, as it’s believed “taco” first referred to dynamite used in mines; the gunpowder in this dynamite was wrapped tightly in paper, much like a modern-day taco’s ingredients are wrapped in a tortilla. Most people agree that the term was probably adapted as a reference to the food by the Aztecs, back when they ruled what is now Mexico.

Obviously, the taco is a Mexican food, so just how did it make its way over to the states? It’s hard to know for sure, but evidence suggests that tacos were first introduced in the United States by an influx of Mexican immigrants in the 19th century. More than likely, this first occurred in the Los Angeles area, where Mexican street tacos were sold by vendors. However, as generations of Mexican immigrants saw continued success in America, so did tacos. Gradually, they began making their way from food trucks to the menus of gourmet restaurants.

Today, you’d be hard-pressed to find a major city without at least a few different Mexican-inspired (or authentic Mexican) restaurants within its limits. And while it’s true that tacos have been Americanized in many ways (with the addition of piles of cheese, tomatoes, and other non-authentic toppings), you can still find good, old-fashioned Mexican tacos in some restaurants across the country.

How do you know when you’re eating an authentic Mexican taco? For starters, take a look at the shell. If the taco is wrapped in a flour tortilla, you’re probably enjoying an Americanized taco, as authentic tacos are usually served up in corn tortillas. Furthermore, authentic tacos tend to have just a few simple ingredients: some kind of meat (chicken, carne asada, or pork…not ground beef), some lettuce, and a small amount of cheese. Lime wedges may be served on the side.

As you can see, the taco has an interesting and rather mysterious history. Here at Macayo’s, we pride ourselves in dishing up some of the most delicious tacos and other Mexican dishes you’ll ever taste. Stop by today and give our famous chicken tinga tacos a try for yourself! We’re sure you’ll love them.