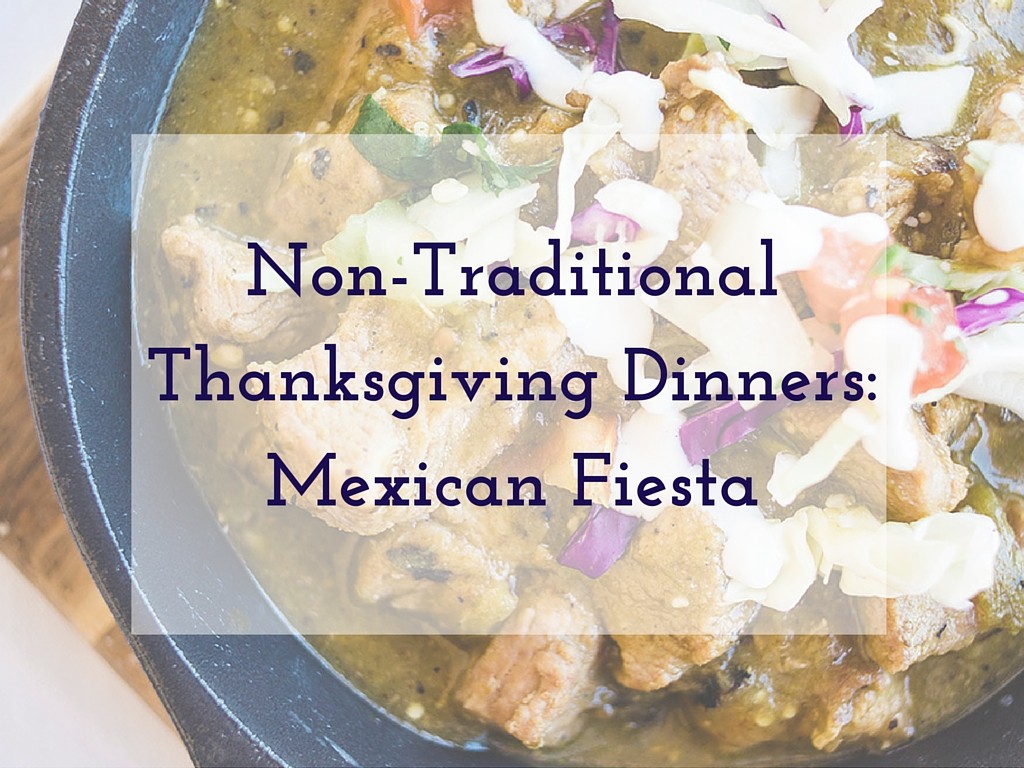 When you think of Thanksgiving dinner, what comes to mind? Perhaps you picture an overflowing cornucopia of fresh food. More than likely, your mind conjures up images of Thanksgiving dinner staples, such as turkey with stuffing, mashed potatoes with gravy, green bean casserole, and pumpkin pie. And while we’ll be the first to say that there’s nothing wrong with “traditional” Thanksgiving food, we also realize that some people like to create their own unique traditions.

If you’re considering ideas for non-traditional Thanksgiving dinners this holiday season, we’ve got some excellent recipes worth trying out that are relatively simple and way more flavorful than your standard turkey.

Loaded with delicious sour cream, stew, and black beans—and topped with Jack cheese—this recipe is sure to please all of your guests while leaving them happy and stuffed! Here’s what you’ll need:

Start by heating a tortilla over medium heat in a skillet until it’s slightly crispy but still pliable. Then, spread a dollop of sour cream down the center of the tortilla, along with a helping of the green chili pork stew. Top with Jack cheese. Roll the burro closed before cutting it in half and putting on a plate. Serve with a molcajete of black beans and remaining shredded Jack cheese. Serve atop the cabbage/pico mix!

Looking for a dish that incorporates your favorite sea food but still has a Mexican twist? We’ve got you covered. You’ll need:

Start by heating your chipotle butter in a sautee pan until it’s melted. Then, add the chorizo and brown it before adding the tomatillo salsa and mixing all the ingredients together thoroughly. Then, move to a shallow pan and allow to cool, which will give the flavors a chance to marry.

Once it’s cooled down, add the Jack cheese to the top of the mixture and allow it to melt. Brown both sides of each tortilla, placing about an ounce of the chorizo and shrimp mixture onto each tortilla before rolling them into individual taquitos.

For a hearty dish that’s perfect as a Thanksgiving side or on its own, give this a try. You’ll need:

Begin by roasting the poblano chiles and chop them into half-inch pieces. Now, put your stock pot over high heat and add the olive oil and pork butt cubes. Braise the pork with the olive oil, cumin, salt, and garlic for about 20 minutes before adding the tomatillo sauce, tomatillo salsa, and chopped poblano peppers. Let everything come to a boil before reducing the heat to low or simmer for about 30 minutes before serving. Yum!