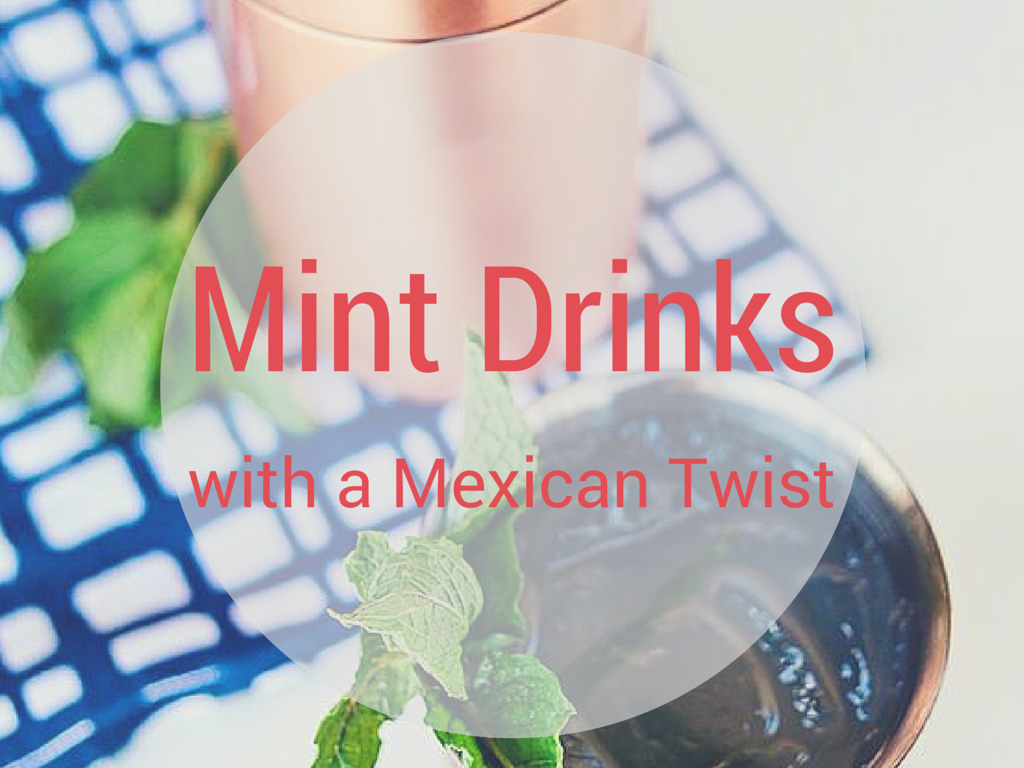 Quick, think of a few of your favorite minty drinks. Probably, drinks like the mojito and the mint julep come to mind, right? And while there’s admittedly nothing wrong with these minty drinks on their own, we like to mix things up a bit and come up with new twists on traditional recipes. That being said, we’ve come up with a few unique Mexican drinks that are inspired by your favorite minty drinks. And the best part is that two of these drinks (the Macayo Mule and the Mule-Jito) can now be found here at Macayo’s thanks to our brand new drink menu!

The mint julep is a staple of Louisville, especially during the Kentucky Derby. But what about those years when the Kentucky Derby (traditionally held in May) actually falls on Cinco De Mayo? We say make the best of both worlds with a fusion of the mint julep and the Mexican margarita! This delicious recipe incorporates:

The combination of the minty ingredients with the sweet and sour flavors of the margarita may seem a bit odd at first, but trust us: give this drink a try for yourself and you’ll be wishing every day was Derby Day on Cinco de Mayo.

Okay, so you can’t exactly order the mint julep margarita at Macayo’s (sorry about that), but this one you can because it’s on our new drink menu! The Macayo Mule is a unique combination of the Moscow Mule and a margarita, giving you the strong flavors of ginger beer and the citrus taste of lime Patrón in one amazing cocktail. When you order a Macayo Mule, you’ll be receiving a mix of:

And to top it all off, this creative drink is served up in a copper mug. Stop by today and give this curious combination a try for yourself!

Ah, the traditional mojito…known for its minty and refreshingly fizzy taste. But what happens when you combine the traditional ingredients of a mojito with less expected ingredients, such as Sauza Blue Reposado, Licor 43, coconut juice, and freshly squeezed lime juice? When you try the Mule-Jito, you’ll find out for yourself! But trust us…it’s pretty amazing and something your taste buds have never experienced before.

The Mule-Jito and the Macayo Mule are just a couple of examples of the new drinks we’re serving up on our new menu. There are plenty more where that comes from, so we recommend getting out to Macayo’s for yourself to give these and our other new drink specials a try. And as always when you visit Macayo’s, enjoy kicking back, relaxing, and enjoying some delicious gourmet Mexican food with great company and service while you’re here. We look forward to seeing you here soon!